The region of Lisbon includes a series of municipalities of Estremadura extending to Azambuja by east and to Alcobaça by north.  The great Lisbon area holds an important historical and cultural collection, starting by the capital, where you can visit the See, a significant number of churches and where is concentrated the most important museums of the country. In the neighbourhood, the Natural Park of Sintra – Cascais covers an important area. Sintra is considered World Heritage and has been described by foreign authors for centuries, among which Lord Byron.

This region also covers the area of protected landscape of Serra de Montejunto – having valuable specimens of mediterranean flora –,Tapada de Mafra – former area for royal hunting that nowadays is a protection area for species such as the wolf, the fallow deer, the deer and the wild boar - and Berlenga’s Natural Reserve, considered as World Biosphere Reserve, a paradise for underwater activities.

One of the brand images of this region is its wonderful littoral with the perfect beaches for sea sports, like Guincho, Supertubos and Ribeira de Ilhas; cosmopolites like Estoril, Ericeira, Santra Cruz and Nazaré; or for those who want to escape from the city life, Calada, Paimongo, Baleal and Salgados. 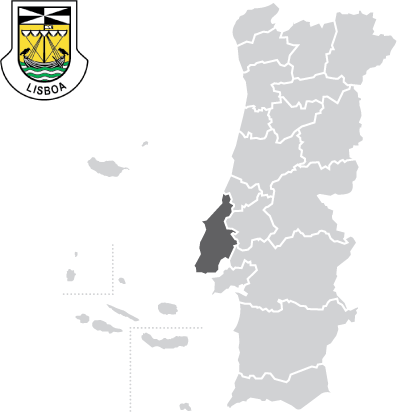