The Region of Azores includes nine islands in the middle of the Atlantic, distributed by three groups: Eastern (Santa Maria, São Miguel), Central (Faial, Graciosa, Pico, São Jorge, Terceira) and Western (Flores, Corvo). This region, along with Madeira, is part of the Autonomous Regions sanctioned in 1976 by the Portuguese Constitution.

This region has a mild climate – without excess of cold or heat – and fascinating landscapes, ideal for rest and tranquility, and escaping the city life. One of its greatest assets is the tourism industry oriented to the environment, having a network of walking trails for that purpose, with a valuable biodiversity and manifestations of active volcanos. Once a set for whale hunting, nowadays Azores has a programme of observation and study of cetaceans. This allowed the population to significantly grow in the last decades.

One of Azores’ added value is the diversity of its isles that include the beautiful lagoons (São Miguel), the valuable historical and urban heritage (Terceira), the international meeting point of sailing (Faial), dream rural tourisms (Pico), to lost paradises (Flores and Corvo). 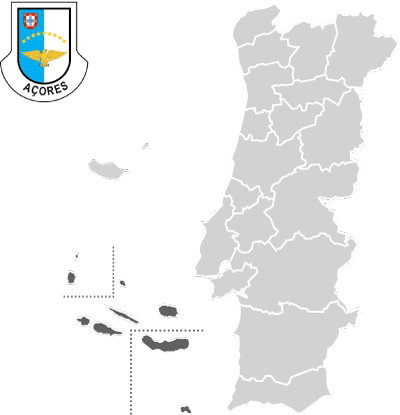