This region includes the Greater Oporto área, closed at south by the municipalities of Oliveira de Azeméis and Vale de Cambra, crossed in the middle by river Douro. The toponym “miradouro” (viewpoint*) couldn’t be better applied than in Oporto, so we suggest a walk having the river in the background: Miradouro of St. Catarina, Passeio das Virtudes, granite cliffs near to the Arrabida Bridge, the escarpments of Pilar Mountain and road of Entre-os-Rios. The visit is complete with the built heritage: the Tower and Church of Clérigos, the House of Serralves, the Palace of Bolsa, the City Hall, the See and the Fort of St. João Batista, among others. To finalise, you can cross the D. Luis bridge and visit one of the many cellars of Gaia and contacting with Oporto’s wine production.

Before entering Marão, there is Amarante, bathed by Tâmega, which bridge was the scenery of important battles during the II French Invasion. This is an opportunity to take a walk and get to know the religious buildings where the baroque and renaissance styles are very visible, not missing the opportunity of visiting the Souza-Cardoso Museum.

The beaches of this region, with much cooler water, faced some renovation work and with some new equipment day are attractive again and are back to the media coverage of other times. Exemples of these are the beaches on the coast of Espinho and Ovar. 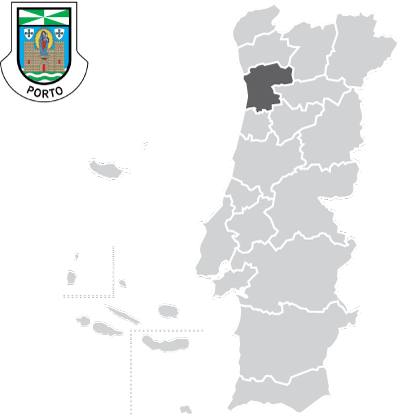