The region of Coimbra is delimited in east and southeast, respectively, by Serra da Estrela and river Tagus and also bathed by the ocean. It is the region of a thousand contrasts.

Mondego River, flowing by a beautiful valley that crosses Penacova, Coimbra and Montemor-o-Velho streams at the end of Figueira da Foz contains unique nooks, where, in the neighbourhood of Piodão village, you can find the biologic Mata da Margaraça and Fraga da Pena waterfalls. In the northwest you can find the breathtaking river Alva, owner of places like Coja and Avô. The Lousã mountain has a treasure named Aldeias do Xisto – a network of ancient villages that were recovered according to the traditional methods and tracings. The unavoidable Buçaco, with a priceless wood within, where the Capelinha dos Passos raises to the sky and the Way of the Cross ends on the Cruz Alta viewpoint.

There are many reasons to visit Coimbra: Choupal, Lapa dos Esteios, Quinta das Lágrimas, Penedo da Saudade and the emblematic University City that revolves around its XVIII century tower. It’s worth going to the north hillside of Santa Clara – in the old royal road – to the Vale do Inferno viewpoint, where you can enjoy one of the most spectacular views over Mondego’s city. 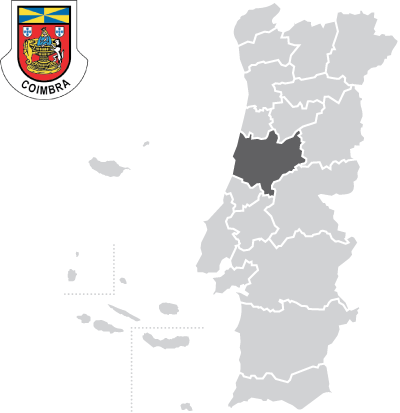